Failed at school, failed army fitness test, low self esteem, bullied and believed that I would never achieve anything worthwhile in life. Later went on to be an Army Commando,  Bodyguard, broke a world record for 100k run along with other ultra running achievements. Now working to create a better world and hopefully inspire people who are what I used to be like. 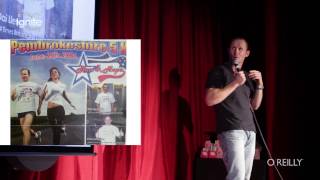 Believe in your dreams