James Koash is the founder of Seiri Ltd, a South Wales based company that specialises in helping businesses create the best experience for their customers. This means that the business offers everything from customer satisfaction surveys to customer service training. The company has worked with big brands such as Arriva Trains Wales and, as a result, James has received much recognition as a young entrepreneur in Wales, including being put on the 2016 Wales Insider Rising Stars list and being featured in the 2015 WalesOnline 35 under 35.

Before setting up his business, James was a university student, studying for an undergraduate degree in Media Production with Marketing, followed by a masters in Marketing. During much of this time James also served as a student representative, having been elected by students to serve in the role. He helped bring about improvements to the student experience. James also served briefly as the Welsh Ambassador for the National Student Survey (NSS), which involved interpreting feedback data collected via an annual survey of undergraduate students. Realising that the work he did helping universities to improve their provision could be applied to commercial businesses is partly what inspired James to set up Seiri following his graduation from university.

James has a varied list of interests and hobbies, one of which is Japanese culture and this is where the name Seiri originates from. In fact, his first (and thus far only) trip abroad was to Japan. A lot of his relaxation time is spent engaging with Japanese cultural exports such as anime and video games. 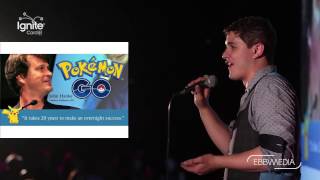