Non-conventional geek, Louis has never watched an episode of ‘Star Trek’ or ‘Buffy The Vampire Slayer’. He has never ‘cosplayed’ or played ‘World of Warcraft’. He does however work with computers and gets all techy-geeky about comics, gaming and programming. Originally a software developer by trade he is now the Head of I.T. at Source Insurance Ltd based in Penarth. Born and raised in Kidderminster, England (Don’t Boo!), Louis now lives in Cardiff with his wife and 2 year old daughter. Louis is also an avid amateur photographer and has recently launched a website to showcase his photos. 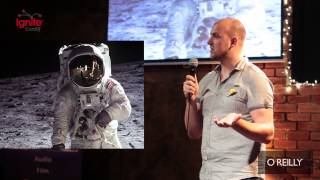