Terrance Edwards is originally from Pembrokeshire and studied English Literature at Cardiff University where he fell in love with the city. After studying an MA in Creative Writing at Trinity College, Carmarthen and teaching English as a foreign language in China in 2001, he returned to Cardiff to work in 2002 and stayed for the next ten years. After a short period away in Worcestershire, he returned to Cardiff at the start of 2014. He currently works for The Open University. Outside of work, he has had several pieces of poetry published and, since 2004, has performed his own poetry throughout South Wales and further afield. He is also an actor, recently performing in several plays for Monstrous Productions Theatre Company. He’s also a massive Doctor Who fan and loves cinema, rugby and pub quizzes. 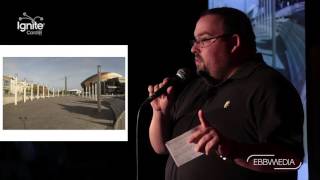